Israel is warning people in southern Lebanon to evacute the area. The warning is apparently is preparation of a ground invasion against Hezbollah “militants” in the area.

U.N. Secretary-General Kofi Anan is calling for an immediate cease-fire. Remember this is the U.N., Anan is essentially saying, “Stop or I’ll say ‘stop’ again!”

I find his criticism of Israel to be ignorant. He says they are using “excessive force.” Hezbollah forces started a war by crossing into Israel, killing Israeli soldiers and capturing two others. Now that Israel has decided they are going to finish the war Hezbollah started, they are being called excessive. This is a war. You win a war by using overwhelming force against your enemy. There is no such thing as excessive force against an enemy who is fighting against you.

Now if Hezbollah surrenders and Israel continues to bomb them, I might say that is excessive. Until Hezbollah stops aiming rockets at Israeli cities, Israel’s response can hardly be called “excessive.”

What Will Your Famous Last Words Be?
When I first looked at the results page for this quiz, I thought for a couple seconds that my my famous last words would be “Are you pregnant?” becauseÂ ofÂ an unfortunately misplaced ad. If you take the quiz, be sure to scroll down for the real answer.

The installers finished putting new carpet in our house this morning. New carpet smell ranks right up there with new car smell.

We had another check up today at the OB. Everything is great. Ultrasound measurements of the development matched the length of the pregnancy to the day. She is 10 centimeters long and weighs about 5 ounces.
Still haven’t agreed on a name though… 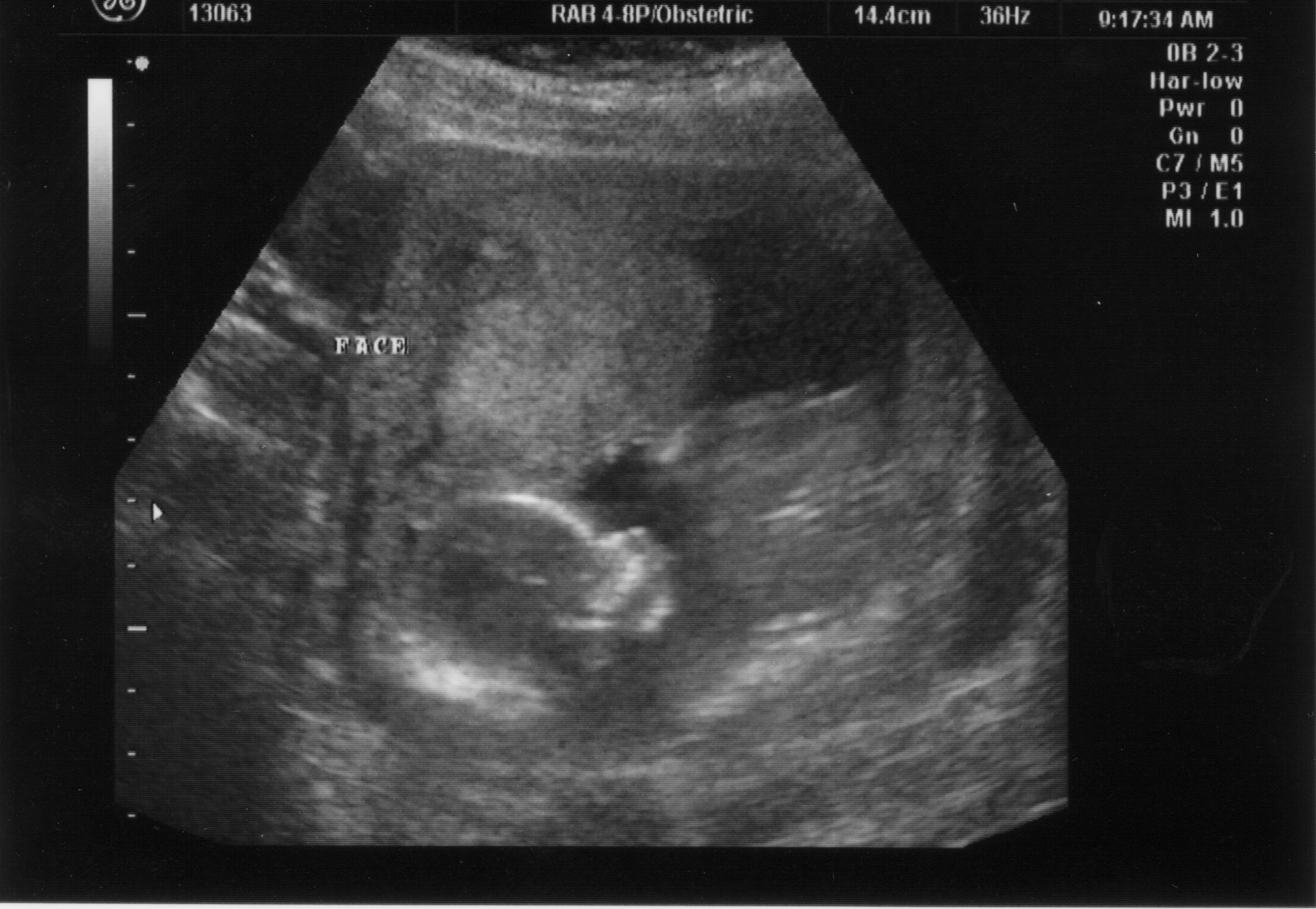 We’ve kept it a secret but we are happy to announce that Honeybun and I are expecting our first child. I’ve been keeping track of my thoughts leading up to this so let’s catch up:
April 23
Honeybun is pregnant. Wow. How’d that happen?

We’ve been talking about it for a while now. For those who get our Christmas letter, you know we keep saying, “maybe next year.” Well this is “next year.”

The timing though? Honeybun broke her arm a week after the night the magic happened. The pregnancy test came back 20 minutes before she went in for surgery in April 21. The pregnancy was the real reason the doctor did not put a prostetic replacement in her arm instead of just taking out the broken part.

May 5
We went to the OB today for an ultra sound. It is really early but because of some abdominal pain on top of everything Honeybun has been through, they wanted to check the viability of the embryo. Not much to see, a black spot on the gray background. About all we can say is that she is definitely pregnant. Everything is measuring all right at the moment, but we go back in a week for another check.

It is strange how everything changes in a second. I was looking at the screen and saw a small circle of movement. Then the nurse said, “that’s the heartbeat”. It seemed the whole world realigned in that one moment.
Wow. This is real. There are not words to describe how seeing that little heartbeat can realign your whole world.

May 18
Honeybun is totally pregnant. I’ve heard of strange cravings. Pickles are supposed to be cliche. Honeybun hates them. Any time we order a burger, “no pickles!” But today she is making a cheese and pickle sandwich. This is the fourth one this week. Strange, but I can deal with that.
What I didn’t know about is the heightened sense of smell. It’s like a super power.

Honeybun: “Do you smell that?”

She’s been looking for a new slip to wear under a skirt. We had been to six stores looking for one. I finally asked her, “can’t you use your sense of super smell to find where one is?”

June 1
Honeybun went to visit her parents in Las Cruces. Meanwhile I’ll be working and have just started the summer semester.

Hopefully she will feel better down there. With the broken arm, she is cooped up all day doing nothing. At least she can see her nephews down there.

June 18
Honeybun comes home tomorrow. This three weeks has sucked for me. It just isn’t the same without her around.

Apparently her pickle sandwich cravings have been replaced with cravings for fruit. Lots of fruit.

June 20
Had a third ultrasound today. Everything is looking good. We saw the baby’s head, body, and two arms and two legs. I was amazed at how much the baby is moving. More tests tomorrow.

June 21
Big day. We had more tests done today. It was painful. They put a needle through Honeybun’s abdomen to remove some fluid. The ultrasound today revealed two sacks but there is only one baby. Turns out the pregnancy seems to have started off as twins but the second embryo didn’t develop. We’ll get preliminary test results back in 2 days.

June 23
Good news, preliminary results came back and all is well. They also told us the sex…..a girl! Honeybun said she was sure all along it was a girl. Women’s intuition I suppose.

The thing is, we had agreed on a boy’s name but still can’t agree on a girl’s name. Well, we have six more months. The due date is 12/29.

June 29
The final results of the testing has come back and everything is normal. We are starting to actually let people in on our little secret.

June 30
Told my family tonight that we are expecting a girl. My mother is thrilled. Dad seems happy, but he doesn’t show much enthusiasm for anything. My brother just sat through the rest of dinner in a dazed silence. Don’t think he was expecting this.

American’s like expensive gasoline. No really. Even with record breaking gas prices, AAA is prediciting an increase of 1.2 percent increase in road travel over the Independence Day holiday. That increase would be set aÂ record of 40.7 million people driving to their vacation destinations for this holiday.

So in spite of our collective griping about high gas prices, we are driving more than ever. Know what that means? It means we aren’t really that upset about it.

How about neither? I heard a show today talking about the differences between the two competing high definition video formats that have just been released.

I’ve heard the first generation players are not only expensive, they are actually slow to start. Some HD DVD players can take minutes to turn on (they are actually computers that need to boot up).

So should you buy one? Definitely not now. There are few movies available and the players are very expensive ($1,000+) and the two formats are competing. There are a lot of people who remember the VHS and Betamax format wars who will wait until the dust settles. That could take between five to 10 years. Both HD DVD and Blu-ray could be obsoleteÂ by then.

Technology is advancing so fast that within five years, HD content may just be delivered electronically. It’s already happening with music. Why not movies? If that is the case, most people will skip HD video players all together.