Last night, my technical writing class was discussing proposal writing. For an example, we reviewed an actual grant proposal submitted by the University of Colorado at Denver (UCD) in response to an RFP (request for proposal) seeking to fund new educational programs. UCD hopes to receive funding to offer a new certificate related to M.S. program I’m in.

One of the requirements of the funding organization was for the proposed program to involve women and minorities as part of a diversity initiative.

In their proposal the university sited a “diversity” statistic. Eighty percent of the graduates of UCD’s technical communication program are women. That’s 80%.

Remember back when there was a diversity failure if less than 50% of graduates were women? Now that it’s 80%, that is advertised as a success. It seems more like a failure from my position. Overall, college enrollment is approaching 60% women. This hurts women as well as men.

Back to the subject. Let’s face it. “Diversity” doesn’t really mean diversity. It means giving advantages to certain politically favored groups. Christna Hoff Sommers covers more about this in her book The War Against Boys.

Remember this statement from a terrorist web site?

“As if there was any question of negotiation. Far from it – they must obey the demands of the Mujahadeen. If you refuse, we slaughter.”

Here is the French solution to terrorism:

“France said Monday that it would take part in a proposed international conference on Iraq only if the agenda included a possible U.S. troop withdrawal…
Paris also wants representatives of Iraq’s insurgent groups to be invited to a conference.”

Strangely, France doesn’t take the terrorists at their word. Why does France want to negotiate with people who refuse to negotiate?

Clearly this is more evidence of collusion with CBS. Fake documents/fake tan? Stay tuned for more details. Did Dan Rather coordinated with the campaign to choose which fake tan to use? 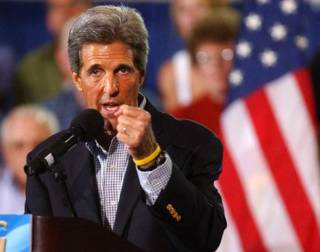 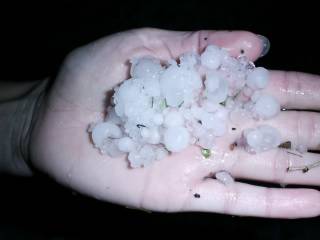 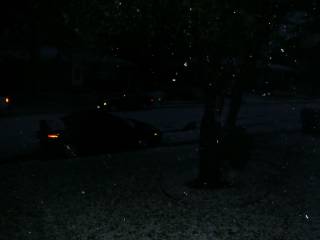 This is what our driveway looked like after the hail storm. Nasty. 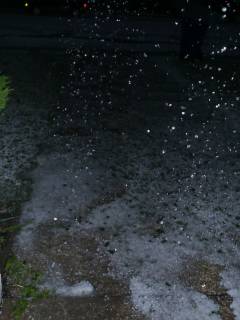 It sounds harsh but it’s true. We must kill the terrorists. The culture of Western civilization believes that differences can be talked through and negotiated. What many fail to consider is that other cultures do not share that beliefs and does not value human life in the same way we do.

The British government refused to negotiate with terrorists for the release of captive Kenneth Bigley. The two Americans taken with him had already been executed.

The British government may sound uncaring unless you realize the terrorists refuse to negotiate.

[The hostage takers] began taunting Western governments over their efforts to seek their citizensâ€™ release from captivity. Late on Friday a fresh message appeared on a website believed to be used by al-Zarqawi which read: “What is laughable is the insistence of the ministers of all infidel nationalities on the phrase â€˜no negotiationsâ€™. As if there was any question of negotiation. Far from it – they must obey the demands of the Mujahadeen. If you refuse, we slaughter.”

The Islamic terrorists have defined the rules. Kill them or they will kill us. There is no “talking it out.”

My uncle forwarded a news article to me.

It has a good point that there needs to be more study on how a patient’s gender can effect diseases.

“Women are different than men, not only psychologically (but) physiologically, and I think we need to understand those differences,” says Dr. Catherine DeAngelis, editor of the Journal of the American Medical Association.

Women are different physiologically. This is a new conclusion? I figured that out for myself at a pretty young age without any medical training. In light of this evidence, it turns out I was a prodigy and should have trained in the medical field. I mean if I knew that men and women were different when I was 4 years old and medicine is only discovering that fact now, I should have been able to cure cancer by the time I was 25.

The U.K. is finding a growing terror threat at home. This time, it is not from Islamo-fascists. Now, it’s from animal rights groups. The Sunday Herald reports(emphasis added):

The case of Huntingdon Life Sciences (HLS), a drug-testing facility near Cambridge, is one example of how far extremists can go. Last weekend, a â€œterror listâ€? naming 150 individuals â€“ including 21 children â€“ emerged, most with an indirect link to the company.

If you keep reading the article you find out:

[Robin Webb of the Animal Liberaton Front] rejects the notion that the families of scientists and researchers should not be targets.

â€œSome say it is morally unacceptable but it is equally unacceptable to use animals in experiments. The children of those scientists are enjoying a lifestyle built on the blood and abuse of innocent animals. Why should they be allowed to close the door on that and sit down and watch TV and enjoy themselves when animals are suffering and dying because of the actions of the family breadwinner? They are a justifiable target for protest.â€?

How sick is this guy? This is not moral equivallency – it is moral bankruptcy. He doesn’t believe that animals are equal to humans, he believes animals are better than humans.

Don’t think this is a problem limited to England. The Center for Consumer Freedom warns about domestic animal rights terror coming to the U.S.

Jerry Vlasak has been associated with Physicians Committee for Responsible Medicine (an organization related to PETA). Jerry Vlasak also has connections to SHAC, an organization that has been indicted for terrorism along with seven of its leaders. Here is Vlasak’s view on using terrorism to support the animal rights movement:

“I don’t think you’d have to kill — assassinate — too many,” Vlasak said. “I think for five lives, 10 lives, 15 human lives, we could save a million, two million, 10 million non-human lives.”

He later clarified his statement as reported by The Guardian from a radio interview:

“I am simply saying that it [violence] is a morally acceptable tactic and it may be useful in the struggle for animal liberation.”

In regard to the hunt for terror leader Osama Bin Laden, Heinz Kerry said she could see the al-Qaida chief being caught before the November election.

“I wouldn’t be surprised if he appeared in the next month,” said Heinz Kerry, alluding to a possible capture by United States and allied forces before election day.
Heinz Kerry is accusing the Bush administration of a consipiracy theory.

Capture of Bin Laden bad for Kerry. The Kerry campaign would prefer Bin Laden be free rather than be captured to benefit their campaign. Scary stuff when Democrats love Bin Laden more than President Bush.