The Cafeteria is Closed plays devil’s advocate to ask the question.

If one looks at some of the facts, however, children can seem not-all-too-appealing
– giving birth, for many that’s horrid (such as my mother, she suffered 29 hours)
– they keep you up all night
– they crap themselves and you have to clean it up (I’d need a pin on my nose, I can’t clean the cat litter without retching)
– there is no more “alone time” or “couple time” unless you got relatives around or hire a sitter
– after they stop pooping and peeing themselves, the terrible twos come (in German: Trotzalter)
– then, until puberty, they’re pretty nice (I asked Erin the same thing I asked re: our cats (when they were little) – can we make them smoke so they’ll stay little ?)
– once puberty hits, good night and good luck. I disliked teenagers when I was one (same for 80s music)
– around 25, they hopefully have returned to their senses (took me longer, heh!). I once said, why can’t we give birth to a 25 year old college graduate with a lot of money and even more love for his parents ;o)

plus of course
– endless amounts of money (although I’d be confident that our children would get scholarships, at least if they get Erin’s sense of duty – she has degrees in two fields – a doctorate in psychology and a bachelor in history, the latter part I hadn’t been aware of. Unlike me, she’s very modest. In Austria, her business card would start like this: “Dir. Mag. Dr.”
– endless amounts of worry
– lack of free time for oneself

I put all these objections in two categories: money, and ease.

Yes, children are expensive, but the cliche that money doesn’t buy happiness is proved true everyday. Look at the homosexual lifestyle. I’ve read on more than one study that shows homosexual people in the U.S. have higher average incomes than heterosexuals. This is because they generally do not have families with children and they are able to devote more time to work. Yet the push for adoption by homosexuals tells me that many of them have discovered that fulfillment is not found in that higher income.

As for ease, life isn’t meant to be easy. Rewards come from work. The idea that life should be easy is pervasive in American culture, but it is a myth we willingly fool ourselves into believing. What the devil’s advocate position ignores is the rewards that come from having a child.

After only six months of fatherhood, I can’t believe how attached I am to my daughter. Yes, the times of getting up at 2:00 a.m. can be hard, but there are no words to describe how it feels to see her watching me while she is taking her bottle or to hold her while she snuggles into my arms and falls back asleep. The bright smile she has when she sees me walk into her room has prompted the nickname “Sunshine.” That makes it all worthwhile.

Perhaps that is why the devil’s advocate position can sound so convincing. It is easy to list the negative, but the positive is so overwhelming, it can’t be described. As one commenter on his post said, “you have to have children to understand how much your parents love you.” That is absolutely true. 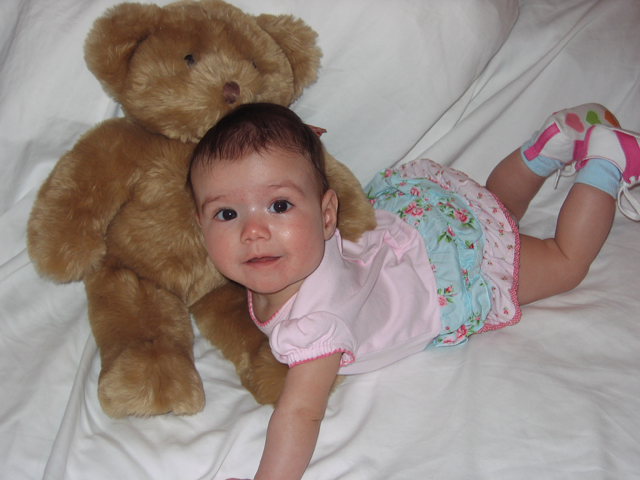 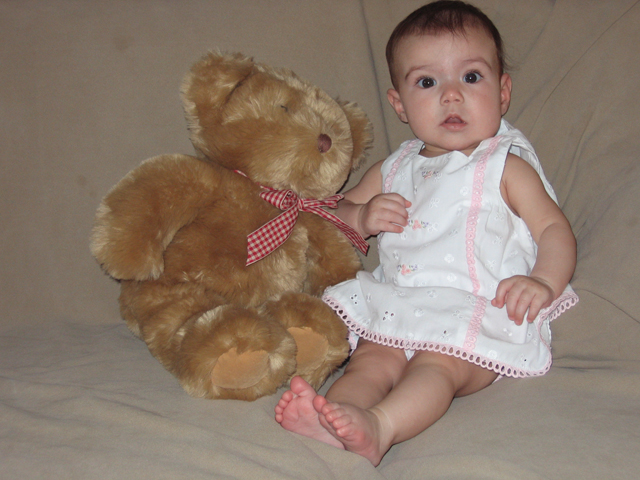 Fred Thompson is podcasting over at ABC Radio Networks.

I’m starting to think he has a good shot at becoming the next President. He is well-spoken, is witty, and shows a good understanding of issues. I think we are seeing a politician in the vein of Ronald Reagan. Besides, he looks like a Grandfather. People aren’t put off by grandfatherly types. His persona is comfortable and sets people at ease. That gets votes.

The Seattle Times published a profile on one of the most confused people I’ve every heard of. Ann Ann Redding is an Episcopal priest who has become a Muslim. Here is the strange part, she still claims to be a Christian.

“I am both Muslim and Christian, just like I’m both an American of African descent and a woman. I’m 100 percent both.”

But what about those contradictions between being a Christian and a Muslim?

She does believe that Jesus died on the cross and was resurrected, and acknowledges those beliefs conflict with the teachings of the Quran. “That’s something I’ll find a challenge the rest of my life,” she said.

Oh. The fact that Islam’s teachings are in direct opposition to the central tenet of Christianity is merely “a challenge.” How does she reconcile this?

“At the most basic level, I understand the two religions to be compatible. That’s all I need.”

She just declares they are compatible and it is so. When one ignores the reality of a situation, it becomes so much easier to live in ignorant bliss, doesn’t it?

But this isn’t the part that really gets me. I mean even the Catholic Church has its rogue priests. Have you ever run across a “Spirit of Vatican II” type? Whew! Looney!

But there are supposed to be checks on this sort of lunacy. Bishops in the Episcopal Church have authority over their priests. She can claim to be whatever she wants, but surely her local Bishop wouldn’t let her to remain a priest. Right?

Well, according to the Seattle Times, “the Rt. Rev. Vincent Warner, says he accepts Redding as an Episcopal priest and a Muslim, and that he finds the interfaith possibilities exciting.” He goes on to say that her announcement of being both a Christian (priest) and a Muslim hasn’t caused much controversy.

You gotta be kidding me! The Episcopal Church is in even more trouble than I thought.

Here’s the feel-good video of the day. See what happens when grumpy Simon Cowel comes across a 6-year old who doesn’t sing too badly (HT The Deacon’s Bench).

After taking the supervillian test, I had to go back and see what goodguy I’d be.

Click here to take the “Which Superhero am I?” quiz…

You are Dr. Doom

Click here to take the “Which Super Villain am I?” quiz…

Paul at Thoughts of a Regular Guy wrote a post about Mitt Romney where he said:

“Are Mormons Christians?…as a Catholic, I might say the same about Protestants.”

I am conflicted about Romney. I don’t want to support the idea that that his religion is correct. At the same time, I would rather vote for a candidate who supports my values (e.g. the sanctity of marriage, pro-life) which is more than I can say for any Catholic candidate for office. How sad is that?

Â According to The Economist, 92% ofÂ children whose families make more than $75,000 a year live with two parents (including step-parents).

Those who marry “till death do us part” end up, on average, four times richer than those who never marry.

Children who do not live with both biological parents are also roughly twice as likely to drop out of high school and to have behavioural or psychological problems.

Two-thirds of American children born to co-habiting parents who later marry will see their parents split up by the time they are ten. Those born within wedlock face only half that risk.Â
Â