Yesterday Cindy Sheehan announced that she is quitting the (so-called) peace movement and moving back to California to “try and be normal.”

In her resignation, she said:

“…you are not the country that I love and I finally realized no matter how much I sacrifice, I canâ€™t make you be that country unless you want it.”

So what kind of country does she love? Well, in one interview she said she would rather live in a country like Venezuela under Hugo Chavez. That’s right. The same Hugo Chavez who yesterday shut down the only nationally broadcast television station that was critical of his administration. That’s correct. Cindy Sheehan supports a communist dictator who opposes freedom of speech.

Notice that Sheehan is freely using her rights of free speech in the U.S. to condemn President Bush as a terrorist and murder while the people in Venezuela (where she would rather live) do not have those same rights. Sheehan lives in Bizzaro world.

Ms. Sheehan, you said we can’t be that country unless we want it. Watch what is happening in Venezuela. I can assure you we don’t want it.

Now THIS is comedy:

AUSTIN, Texas (CNS) — Emilio Gonzales, a 19-month-old boy whose care became the focus of a debate over what constituted proportionate medical care, died May 19 at Children’s Hospital of Austin.

Emilio, who had been blind and deaf since birth, was admitted to the hospital Dec. 27 with a collapsed lung. He was also diagnosed with Leigh’s disease, an incurable disease which causes the central nervous system to break down.

Emilio’s mother, Catarina Gonzales, had obtained a restraining order forcing Children’s Hospital of Austin to keep her son on a respirator. He was on life support when he died.Â

RCB claims in the post title that the doctors wanted to kill the baby. But it isn’t that easy.Â This child suffered from an incurrableÂ disease of the central nervous system.Â Bishop Aymond of Austin even said that the extraordinary treatment that the parents demandedÂ “will only result in greater pain for Emilio, without curing or improving the condition from which he suffers.”

I can understand family members not letting go. The loss of the child must be painful beyond words. Yet at some point, it becomes cruel to artificially extend the life of a terminally ill patient. It seems that little Emilio was beyond that point. Claiming that the doctors wanted to kill the baby isÂ an uncharitable judgement.

May Emilio go with God. Amen.

Lighting struck the Statue of The Sacred Heart of Jesus at the Mother Cabrini Shrine near Golden Colorado this past Saturday. The hands, feet, and base of the statue were damaged.

Â Mother Cabrini Shrine is a beautiful place that attracts people for retreats and prayer.

Â If you can give to restore the statue please contact:

Bailey rolled over for the first time about three weeks ago. She then did it about five more times after that – all when no one was watching.

Honeybun finally saw her doing it and then caught it on camera for posterity.

So here is Bailey’s movie debut.

I’m not one for seeing movies in the theater, but this summer looks to have some promise. Here is what I’m planning to see this summer:

1. Spiderman 3 (yeah, it opened last week but I haven’t seen it yet)

4. The Fantastic Four: Rise of the Silver Surfer (June 15)

5. DOA: Dead or Alive (June 22) Based on the video game of the same name, this will most likely the worst movie of the year.Â Still, gotta go for the cheese factor.Â

Summer movies that I’ll probablyÂ wait for the DVD:

The Anchoress comments today on potential catholic debate opponents against athiest Christopher Hitchens who promoting his newest book “God Is Not Great”. Among those who others have suggested is Peter Kreeft. In her conclusion, the Anchoress dimisses him (and all the other suggestions) as she believes those who have been best best equipped to debate Hitchens are already dead.

Not sure if she has ever heard Kreeft speak but if not, she might change her mind if she listens to some of his speeches. 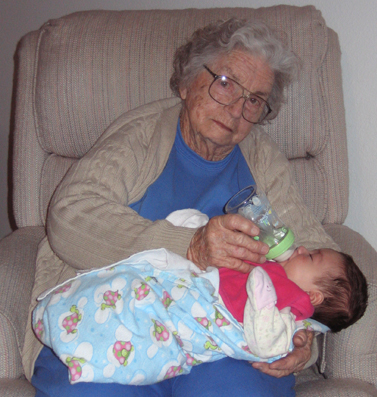